Principal Investigators:
Dr. Markus Weber
Project Manager:
Prof. Dr. Christof Schütte
HPC Platform used:
NHR@ZIB: Lise
Project ID:
ISOKANN
Date published:
Mai 2022
Introduction:
Strong painkillers (such as opioids) are essential to medicine. However, they are mostly addictive and have potentially deadly side effects. Simulation and machine learning techniques help in the search for tailor-made active substances that do not have these side effects. The interaction of the various algorithms raises questions about which computer architecture can support the calculations most effectively.
Body:

Strong painkillers (such as opioids) are essential to medicine. However, they are mostly addictive and have potentially deadly side effects. Simulation and machine learning techniques help in the search for tailor-made active substances that do not have these side effects. The interaction of the various algorithms raises questions about which computer architecture can support the calculations most effectively.

The pain stimulus is transmitted to the brain via nerves. In order to prevent this transmission, one must ensure that the cells cannot build up any electrical potential. The closing of the cell's ion channels means that charge carriers can no longer be exchanged between the outside and the inside of the cell. Such a closing process is triggered when pain molecules (opioids) bind to a corresponding receptor on the cell surface. Such a receptor (blue helices) is shown in the figure below. It can be seen located in a cell membrane (small green lines) that separates the two aqueous environments of the cell interior and exterior.

In the upper part of the receptor you can also see an opioid molecule, which now activates the process that closes the cell's ion channels. With the help of molecular dynamics simulations, the binding process of the opioid molecule can be simulated on HPC platforms. As with a film, a sequence of "snapshots" of this process is generated. However, there are only 1 to 2 femtoseconds between each individual frame of this film. The computing power and computing time that would be required for the simulation of the entire process, which takes a few milliseconds, far exceeds the available resources, especially when you think of ecologically sensible use of computers. Mathematical considerations [1] show that only certain excerpts from this long film contain important information about the essential time scales of the binding processes. Thus, it is a good idea to maybe just simulate those important time slices. However, these are not known at the beginning of the computer simulation. The idea now is: a neural network can learn from a few initial steps which initial positions of the opioid molecule are important for the simulation. The starting point for this is the ISOKANN algorithm that was developed at the ZIB [2]. Since the overall algorithm now consists of changing simulations and learning strategies, the question of how to implement this interplay as efficiently as possible with the help of a suitable HPC architecture must be clarified. On the one hand, the algorithm can be imagined as running a simulation one after the other, followed by a learning process, in order to then have enough information again to start the next simulation process. On the other hand, learning depends on training data, which can also be gradually generated in the course of machine learning. It is also not advisable to carry out the simulation of the binding process independently of the relationships between the time scales of the process that have already been learned. Because this information can also be used to specifically accelerate the molecular dynamics simulations. From an information technology point of view, the generation and the efficient exchange of information between different computer architectures must be organized with highly parallelized algorithms, which is the goal of our project. 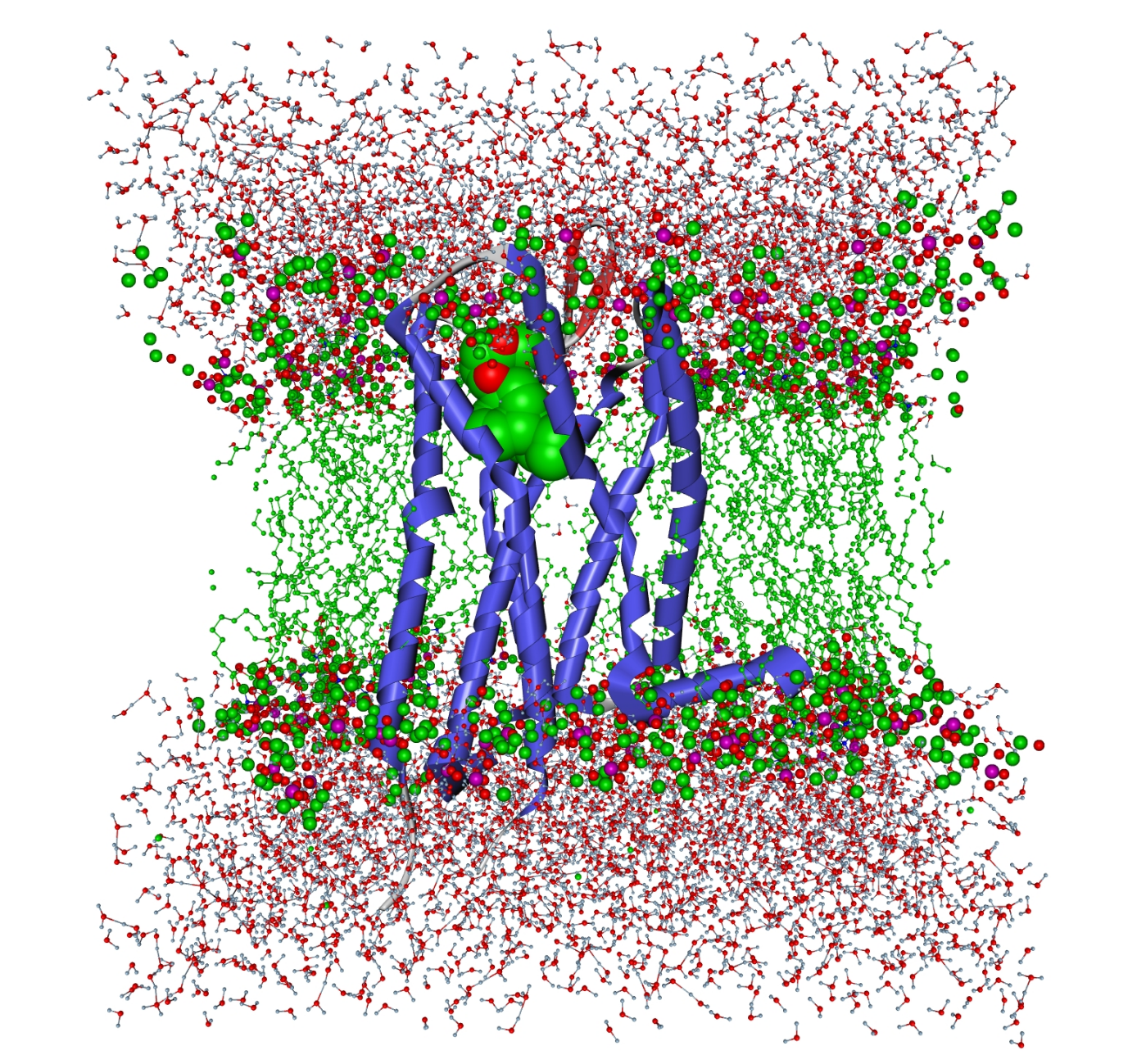